I have a list of a few daily habits that I want to maintain. Updating this manually every day in TaskPaper was repetitive and error-prone, so I wrote a script that will populate the children of a dedicated “habits” project with my daily tasks. It will replace any entries under the project with the full list of habits, so each day I start with the whole list of habits by running this command.

I’m not sure if this is too niche of an enhancement, but in case it’s useful to others, here it is. You can customize the name of your habits project and the specific habits you want by adjusting the variables at the top of the script. A future enhancement might pull the habits list from a template file on your Mac instead of hardcoding it into the script.

3 Likes
TaskPaper Extensions Wiki
How to insert a project before a specific project?
Victor March 11, 2021, 4:36pm #2

First of all, I love the script.

Maybe it could be a good idea to add a function that checks to see if that parent project is there and if it is not, then creates it. Just in case someone tries to run it and they don’t happen to have that parent project already there. Otherwise they may not understand why the script is failing.

Just a suggestion to improve the script with those that happen to find something like this useful.

This Script has been added to wiki

That’s a great suggestion! I just updated the script to do that.

I use Typinator, but TextExpander could also be used.

Taking a look at this. Thanks @batkins !

FYI—the first time I run this in Apple Script Editor, it works well. The project and children appear at the root of the front TaskPaper document. 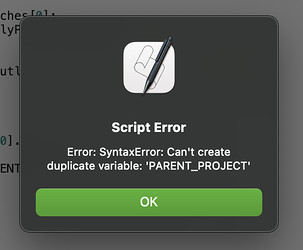 Ideas? I was just trying to test the replacement of entries.

Verified as a workaround solution. Thanks!

Odd. I have never seen that behavior in the Script Editor before.

I believe it’s because i’m using the const keyword for variables that don’t change. If they were var or let, Script Editor would be okay with reassigning them.

I believe it’s because i’m using the const keyword for variables that don’t change.

Ahh. That makes sense. Thanks for the insight!

The problem here is that the JavaScript interpreter has a top level global name-space with state that (perhaps counter-intuitively) persists between runs.

(we notice this a bit less with let and var name bindings, because they can be re-written, but they can still trip us up, because (if they are not over-written) they can still have unexpected hangover values from a previous script run)

If we bind names of any kind (with const, let or var) in the global name space, we are, in a sense ‘polluting’ it for other scripts down-stream.

The usual solution is to avoid binding any names in the global space at all (it’s already full of system stuff), and instead making temporary name bindings that vanish when your script is done.

The most general and reusable way to do this is to wrap all your code in a private name-space of its own – an IEFE (immediately executed function expression):

This part defines a function which is nameless, and has no input arguments:

to get a sense of just how busy and crowded the global name-space is,

(how collision-prone – the kind of place where it’s not even easy to find your own const or let names, let alone be sure that they don’t clash with things already there)

try running the following one-word script in Script Editor, and seeing what shows up in the Result panel:

if you skip the enclosing:

That very crowded global name-space is where you are putting your own definitions, and that’s where they will still be when another script runs, or this script runs again …

PPS, on what makes var more complex and tricky (less simple and predictable) than const and let, there’s an example here: 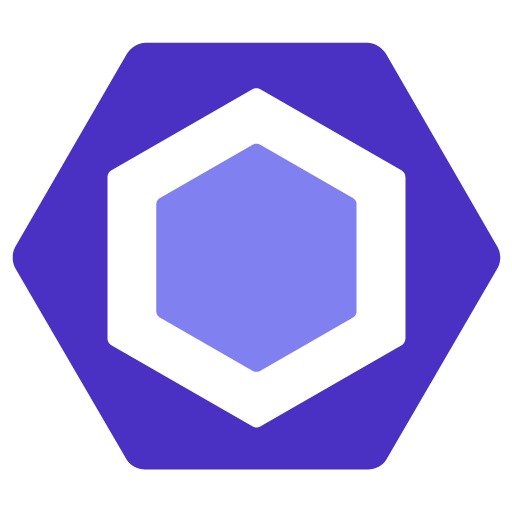 A pluggable and configurable linter tool for identifying and reporting on patterns in JavaScript. Maintain your code quality with ease.

(I personally never use var, and very rarely use let – defaulting to const is the best rule of thumb)

That very crowded global name-space is where you are putting your own definitions, and that’s where they will still be when another script runs, or this script runs again …

Wow. Thank you for the class. This is the type of knowledge that can really make some code hard to figure out if you don’t remember it. Hope you and the family are doing well @complexpoint.