Is it possible to bind custom hotkeys (like with javascript on the dom)? i would like to use CMD ± for opening closing the current line’s child items.

TaskPaper uses stylesheet syntax to define styles, but it isn’t implemented as WebView… it’s a fully native app, there is no DOM.

Instead for keyboard shortcuts macOS provides some ways to do this:

On your Mac, assign your own shortcuts to menu commands in any app or in the Finder.

do you have a blog? do you run taskpaper yourself as a one man team?

It’s just me. I don’t have a blog that I update, I did post a series of TaskPaper videos: 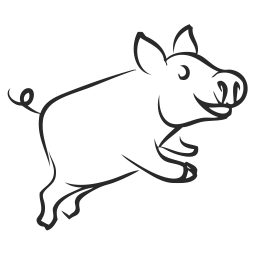 Not to bud into the conversation, but answering your original question, there is an app called “CustomShortcuts” by Houda Software that is pretty awesome (it even works with another awesome app “cheatsheet”). Hard to believe that they offer that one for free. You should give it a try if you want to do “CustomShortcuts”

neat solution victor! i wish there was a way to sync these keymappings across devices but it does the trick for now.

on a related note, i wish there was a way to run custom actions on an app via something like https://github.com/BenziAhamed/Menu-Bar-Search but for custom actions for an app

I am not sure what you have against Keyboard Maestro, but it would solve your needs.

Run custom actions on an app: 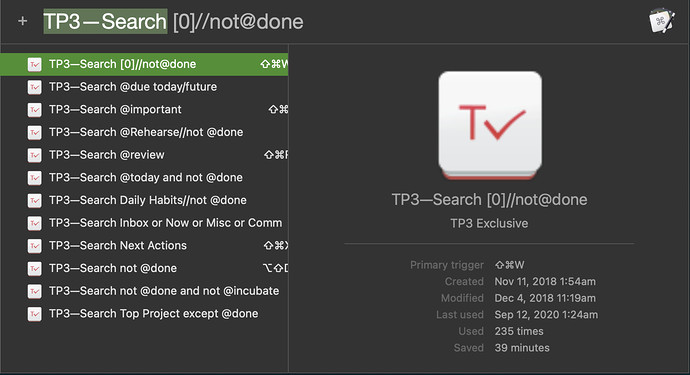 alright thanks for reiterating. i had passed up on it because it seemed like yet another app to maintain, but it looks valuable enough that i’ll check it out. thanks jim!

I think that part of the reason why people don’t do something like Keyboard Maestro is that they already use an app that does something similar to KM. For example, see that @purple is using Alfred already.

Also, some people get used to a system with a particular set of apps to accomplish what they need. Changing that routine every time an app comes out is a hassle to learn, retrain yourself, and change your system. I learned how to use TeX many many years ago while in grad-school and although I know that there are other ways to accomplish what I need, I find myself drawn to Tex (Now XeLaTeX.) I just hired someone some time ago and I was kind of hurt by him poking fun of how I over complicate simple tasks (because there is some truth to that.) But XeLaTex comes natural, is part of my process. It is like wearing a uniform for work. You don’t have to think about it. You are invested on it. I have tons of templates and scripts.

I am being dragged into Affinity Publisher as more people start to work where I do because it is easier for them to learn and accomplish what we need to do in a team. I honestly don’t like it

I have purchased every version of Keyboard Maestro that they have released and I still don’t get to use it. Maybe one day I will dragged into it too!!

You’re welcome. And if you try it, keep in mind that the Keyboard Maestro forum is very helpful.

Maybe one day I will dragged into it too!!

I’d suggest giving it a solid try. Over the decades, I’ve used QuicKeys, QuickSilver, Alfred, LaunchBar and others, and right now, I am only running one third party utility on my Mac. Keyboard Maestro is it.

There are some features that I miss from other utilities (such as Alfred’s music search), but in general, Keyboard Maestro serves all of my needs. It is easier to implement scripts into Keyboard Maestro. I have only one utility to maintain—and to date, I am still learning more about Keyboard Maestro every week.

i started using KM. just another app to maintain on the pile of apps like alfred, bettertouchtool, etc etc